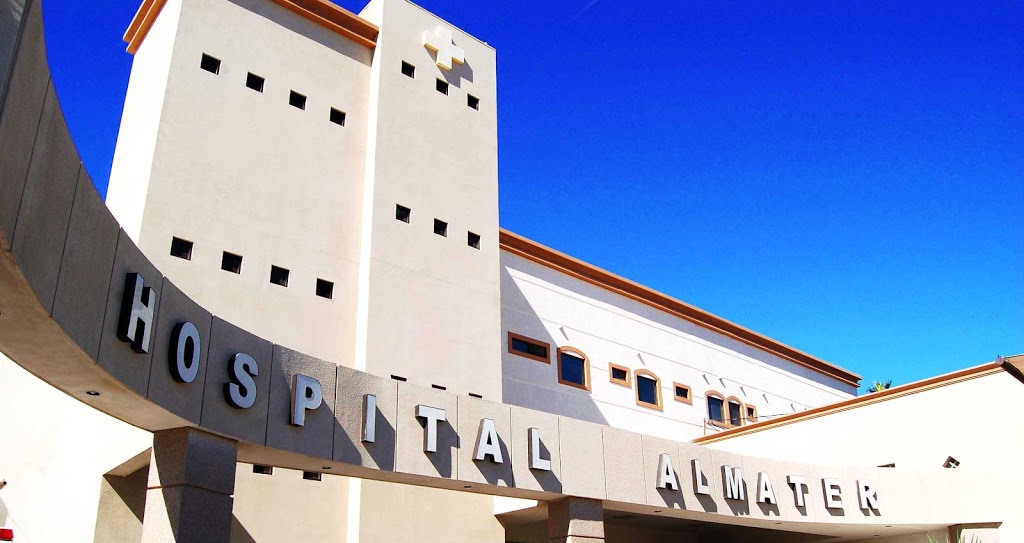 After losing 120 pounds with lap band surgery only to see his weight rebound, Houston resident Cory Worrell was determined to find a more permanent and affordable solution to his life-long struggle with weight –- even if he had to leave the country to do it.
The self-employed, stay-at-home dad weighed 360 pounds at one time. His lap band surgery six years ago was successful, but he gradually gained most of it back. Worrell’s wife and another family member had experienced significant success with gastric bypass surgery, so he considered going under the knife -– or laparoscopic surgical tools –- for a second time.
But this time, Worrell didn’t have employer-provided insurance like he did for the first surgery. He looked south of the border to explore affordable, yet high-quality medical care in Mexico.
“Since I no longer worked at a big company, I no longer had insurance to pay for a costly elective surgery,” he said. “I started looking into how much it would cost to have gastric bypass done in the United States, and most of the quotes I got were $35,000. That’s quite a bit of money to come up with.”
Worrell is among a growing number of Americans who simply cannot afford the high cost of American healthcare. Instead of choosing to postpone or forego surgical procedures, Americans are increasingly traveling abroad to explore their healthcare options.
“I started looking up doctors in Mexico, and everything I read about Dr. Alberto Aceves, I couldn’t find one negative comment about him,” Worrell said. “They quoted me $12,000 for the revision from lap band to gastric bypass with a six-day stay in the hospital -– at an actual hospital.”
Prevalence of Medical Tourism
According to Patients Beyond Borders, a consumer information resource about international medical and health travel, medical tourism is an expanding market that sees an average of 25-30% growth each year. In 2011, the organization estimated that the market was about $15 billion with about 5 million patients worldwide. Josef Woodman, Patients Beyond Borders CEO, estimates that in 2012, about 600,000 Americans will travel for healthcare outside the United States.
Members of the American medical community have differing opinions about medical tourism, the American Medical Association recognized the prevalence of the industry enough to issue guidelines for health travelers.
Woodman and the American Medical Association say one of the most important factors to research is healthcare facility accreditation. Establishing international standards for healthcare facilities has also contributed to the growth of the medical tourism industry. The U.S.-based Joint Commission launched its international affiliate agency in 1999, the Joint Commission International (JCI) that gives the only American stamp of approval accreditation to international hospitals. In order to be accredited by the JCI, an international hospital must meet the same set of rigorous standards set forth in the U.S. by the Joint Commission, Patients Beyond Borders site says.
“In 2005, there were less than 40 JCI accredited hospitals, now there are almost 500 worldwide, and that number is growing by about 20% per year,” Woodman said. “JCI accreditation gives American health travelers reassurance that they can expect these facilities to meet the benchmark of quality care standards.”
For example, Thailand is home to the JCI accredited Bumrungrad International, that Patients Beyond Borders refers to as the “granddaddy of international hospitals” and Asia’s first American accredited facility, with 225 U.S. board certified physicians and surgeons. The hospital serves 400,000 international patients annually from 120 countries, including 25,000 American patients each year.
Where To, and What For?
Patients Beyond Borders cites the most common procedures for Americans to receive abroad are elective including cosmetic surgery, dentistry, orthopedics, reproductive/fertility treatments and weight loss surgery.
The global healthcare market is expanding, building new hospitals and offering more procedures every year, but the most popular medical tourism destinations include:

China, Puerto Rico and United Arab Emirates are also emerging markets, according to the Patients Beyond Borders site.
Who is Seeking Healthcare Abroad?
Woodman says in his many travels to tour international healthcare facilities, the global demographics of health travelers run the gamut. In his book, Patients Beyond Borders: Everybody’s Guide to World-Class Affordable Medical Travel, he wrote that people travel abroad for healthcare to gain access to specialties not found in their own country and to reduce the waiting list in countries with universal healthcare, but the top reason Americans travel abroad for healthcare is cost savings.
“Millions of Americans are uninsured or underinsured, and the aging baby boomer population is facing a slew of costly critical and quality of life healthcare expenses including cardiac and orthopedic surgeries,” Woodman said. “We are seeing middle-aged, pre-Medicare Americans between 45-65 seeking treatment for standard aging issues such as orthopedic surgeries, and destructive lifestyle such as bariatric weight loss surgery.”
For example, as of August 2011, a coronary artery bypass graft would cost about $88,000 in the United States, but by going overseas, patients could save up to 80% for the same procedure in an accredited hospital in India for only $9,500. A knee replacement would cost $34,000 in the U.S., but only $10,500 in Mexico. A facelift would cost $14,500 in the U.S., but only $4,800 in Costa Rica.

Experiencing Surgery Abroad
Worrell estimates that he saved nearly $23,000 by getting his gastric bypass surgery done in Mexico. He could buy a car or pay for a portion of his kids’ college education with those savings. The process couldn’t have been simpler, he said. He flew to San Diego and a representative from the doctor’s practice picked him up to drive him over the border to Mexicali. The night before his surgery, he stayed in a nice hotel while he did his pre-op blood work, tests and consultations.
“Having small children, I didn’t want to go overseas, and I didn’t want to have to take a long flight home after surgery. Most people have someone go with them, but I just told my wife to stay here with the kids. I didn’t have any problems,” he said.
Considering the abundance of crime in many Mexico border towns, Worrell was initially concerned about his safety, but he remained close to his hotel and the hospital, and didn’t encounter any difficulties at the border.
“You have to do your homework and be careful,” he said. “You can easily get yourself into some dangerous situations. I read about some recovery houses in Mexico that were just a bunch of patients in bunk beds.”
With a quick and easy recovery, Worrell said he was up and walking the day after surgery, though had six days before heading home. Overall, Worrell said his surgical experience was positive and he would recommend both the doctor and hospital to others.
“One of the best things about the experience was how attentive the doctors and staff were,” he said. “The doctor would come and check on me six to eight times a day. In the U.S., you would never see your doctor that many times.”
He hasn’t been back to Mexicali for follow-up visits in person, but in the months since his surgery, he’s had continuous contact his doctor with nearly weekly e-mails to check up on him.
Finding a Doctor and a Hospital
Finding a reputable doctor is a top priority, and Woodman recommends medical tourists to not only rely on the internet for their search. Potential patients can start with a site like MedEGuide for more information on international doctors, but Woodman suggests reaching out to accredited hospitals, interviewing physician candidates on the phone (insist on English-speaking doctors) and seeking word of mouth recommendations. Once patients narrow their search, Patients Beyond Borders suggests these questions to ask physician candidates.
Worrell found his doctor on the Internet and through a family friend’s recommendation, but many health travelers are starting from scratch. The Patients Beyond Borders site features numerous hospital reviews, information on accreditation and different procedures, patient testimonials, and cost comparisons.
Taking the risk
Much like travel agents for vacations, many health travelers depend upon medical travel facilitators to help find doctors and hospitals, and make travel and accommodation arrangements, but Woodman advises buyers to beware.
“You have to be careful about medical travel facilitators, in fact, there are only a handful of them that we recommend,” Woodman said. “They aren’t regulated, so there is a lot of room for predatory practices. They are often founded by well-meaning former medical travel patients who want to help others, but you need to be very careful about checking credentials, and getting patient recommendations, and never seek or accept any kind of diagnosis from them.”
What if something goes wrong during or after the procedure? Woodman says patients frequently want to know if they can seek legal recourse for surgeries gone wrong or post operative complications.
“The U.S. is well known as Earth’s most litigious nation. For better or worse, most countries outside the U.S. do not share our attitude toward personal and institutional liability,” Woodman wrote. “While all countries listed in Patients Beyond Borders have established channels of legal recourse, the intricacies of working with foreign statutes, legal systems, and counsel make such action impractical except in the most egregious cases.”
The Patients Beyond Borders website and book cover many aspects of medical travel, they also offer a concise list of “Do’s and Don’ts”:

Back Home and On the Mend
Since having bariatric surgery in February, Worrell said he had lost about 55 pounds by early April and has seen his quality of life improve.
“I have more energy, I can play with the kids more, my knees don’t creak like they were, and I’m living a healthier lifestyle right now. It’s been great.”
-Follow Elise Rambaud Marrion, @emarrion_cmn.