Patients comments about Mexicali Bariatric Center and the care they received 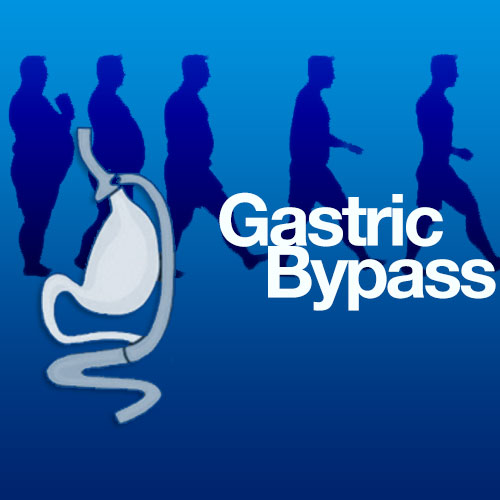 I guess the only negative I could really say is that I wish they were closer in case things did go wrong in the few weeks after surgery, but I knew this going in and had arranged for aftercare in my home town.

By: Kelly-AnneH
Aug. 24, 2012
I found Dr Aceves to be very kind, encouraging and informative. He explained what he’d be doing and what my role in my success would be, making me feel very confident that I would be successful in using my new and improved stomach. My surgery went very well and I was up, walking the halls and gabbing with other patients within a couple of hours.

I was very impressed that not only did Dr Aceves pop in to see me a couple of times each day, but he remembered my husband’s name and chatted with him as well. He was friendly, open to questions and actually applauded when I answered his question of whether I was passing gas yet with a yes.

I’ve had other surgeries (2 c-sections and a hernia repair) and my experience with Dr Aceves makes the others pale in comparison. Not only am I extremely happy with the surgical work he did, but I think he could give lessons in patient education, bedside manner and compassion.

By: WStachour
Aug. 14, 2012
Tomorrow is the one month anniversary of getting my sleeve with Dr. Aceves at the Mexicali Bariatric Center.

I found Dr. Aceves by way of a couple coworkers who had been his patients and strongly recommended him. I initially sent a couple emails and made a couple phone calls to Nina, all of which were promptly and courteously answered. I was trying to decide if the VSG was the best option for me, and Nina happily answered all my questions. She was very encouraging without any kind of pressure, and they were very accommodating.

Once I made the decision to go ahead, we scheduled the surgery and everything afterward went off exactly as advertised (and as my coworkers had led me to expect). I sent in my deposit, and promptly received several emails with instructions going forward: a dietary plan for the week prior to surgery, the post-op diet, and general information. I had another friend who also scheduled his surgery when I did, though his actual date was a couple weeks prior to mine. His experiences exactly mirrored my own.

When the day arrived (with a friendly pre-date email reminder or two from Nina!), the transfer from San Diego to Mexicali went off exactly as planned; very friendly driver and a nice new Honda van. We were met at the hospital by Yolanda, the Patient Coordinator, and we had sessions with her and Drs. Aceves and Campos plus an anesthesiologist. Everything for surgery day (the next day) was carefully explained to us, and we were encouraged to ask questions. Both Drs. Aceves and Campos spent time emphasizing that the surgery is a tool, not a cure-all, and that good choices going forward are essential for success. (Campos himself is a sleeve patient, so he understands all this firsthand.) Everyone seemed extraordinarily competent and relaxed, and there was a strong sense of being in good hands–exactly the vibe I wanted for such a momentous thing.

The next morning I was #1 (of 3–the usual daily number of surgeries at MBC), and I was in the OR by 9:30 AM. It seemed like I was in the recovery room almost immediately, and I was back in my own room shortly after noon. by 4:30 PM I was up and walking, and there were frequent visits by the Drs. and the nursing staff. (Our particular wing of the hospital is very intimate, with six or seven rooms clustered around the constantly-manned nursing station.)

The rest of that day and the next two days passed quickly, with the second half of Day 2 being the most uncomfortable (though still quite bearable). I avoided pain medication until the evening when I had a pain pill and a sleeping pill for the night. By Day 3 I was quite comfortable, and the mending seemed to happen quickly. Day 4 is a traveling day to get home, and I’ve had no issues in the subsequent three weeks.

I give the highest recommendation to MBC and Drs. Aceves and Campos and all the staff. My reasons for going outside the US initially were financial, but after doing my research–and especially knowing what I know now–I would have paid more than a US facility to go to Dr. Aceves. I really believe there is no better place to have this done, and he is exactly the person I’d want at my side if there were any complications.

By: rebecky
July 19, 2012, Updated: July 30, 2012
I was totally well taken care of from start to finish. I had only a moderate amount of post surgical pain on day 2, and that was it! Dr. Aceves & his colleague Dr.Campos are a great team. They are compulsively careful surgeons. The nursing staff is quickly responsive. The hospital is very clean and up to date. He charges more than Mexican surgeons, but it was SO WORTH it! I had a full 3 nights & 4 days in a real hospital. Three separate leak tests were done to make sure the sleeve was tight. Dr. Aceves limits himself to 2 to 3 surgeries daily, while other surgeons do up to 5. I feel much better knowing my surgeon is not fatigued! Plus the coordinators were very helpful & responded quickly to my many questions. The hospital is right over the border, & totally safe.
By: SmilinGal
May 8, 2012
I researched extensively before I chose Dr. Aceves. I could not find one negative thing about him. I went into the surgery confident I’d made the right decision and my experience in Mexicali did not disappoint. Dr. Aceves and his staff were competent and caring. I felt like I received excellent medical care. I had very little pain and have had an easy recovery. My scars are minimal and my weight loss has been good. The hospital was clean and comfortable, and it was important to me to spend the three nights in the hospital. I would highly recommend Dr. Aceves for anyone considering weight loss surgery.
By: bnorms
April 26, 2012
I was sleeved by Dr. Aceves on 3/30/12. I am extremely happy with the care I received by him and his staff. I read rave reviews of him and have to say they were completely accurate. The equipment used was all very modern and up-to-date. The facility was exceptionally clean and the nurses seemed to anticipate my needs. The doctors were so patient with me and my father, who accompanied me. They provide detailed instructions for every step of the way, so you are never in doubt about what to do or eat in any situation. I was initially a little worried about being in Mexico, but it was completely safe. The trips across the border were uneventful and every person I met in Mexico (i.e. at the hotel/pharmacy/walking on the streets) were friendly and non-threatening.

I was given the option to have a relative pay the difference to have the procedure done in the US but after my exhaustive research, I only wanted to go to Dr. Aceves. I feel he can be considered more qualified than many of the US based surgeons. I experienced minimal pain from the procedure and absolutely no complications to date. I am very very pleased with my treatment and would recommend him to my closest friends and family members. In fact, my father is considering returning to Mexicali to have Dr. Aceves perform the procedure on him!