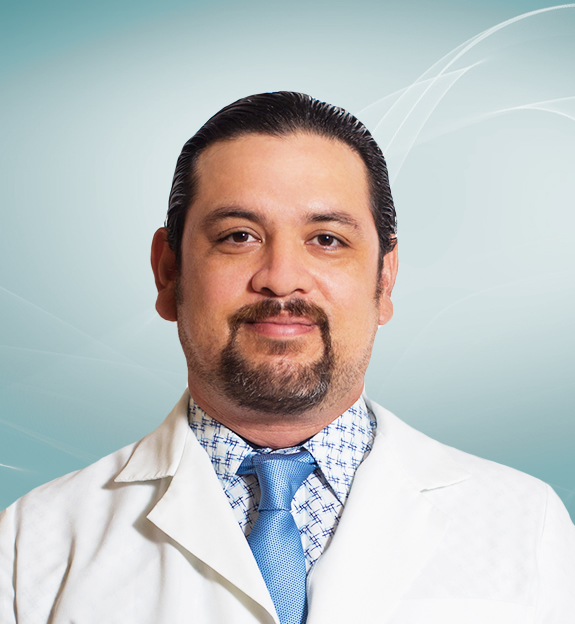 Dr Beltran has been a member of the Mexicali Bariatric Center medical team since 2010.  He has assisted in over 4,000 bariatric procedures with Dr Aceves, Dr Ungson and Dr Esquerra.

Dr. Beltran earned his undergraduate studies at the prestigious Autonomous University of Baja California in the Faculty of Medicine, studying from first to tenth semester 1997 to 2001. He did his internship at Undergraduate Rotatory at the ISSSTECALI Hospital in Mexicali Baja California from the first of January to December 31st of 2001 where he had rotations in the areas of Internal Medicine, Surgery, Gynecology and Obstetrics, Outpatient, Emergency, Pediatrics. Afterwards he performed his social service in the University program at the center of evaluation and diagnosis UABC from February 2002 to February 2003.

After his service ended he completed his residency in General Surgery at the General Hospital of Mexicali from March 2004 to March 2008 getting one of the best averages in the specialty, which led him to be the Chief of General Surgeon among the residents during the third and fourth years of the specialty. Later he served as manager of the State’s Health and Social Protection Facility from October 2008 to March 2011.

He joined the responsibilities to fulfill its role as assistant surgeon in Mexicali Bariatric Center, is also an adjunct professor of the department of gastroenterology at the Faculty of Medicine at UABC since March 2008.

In order to be updated and certified he has taken the following courses as part of his philosophy of continuous preparation and training which has helped Dr. Beltrán to have a personal and professional development to give Mexicali Bariatric Center patients the best attention and most qualified attention among which we can include:

Bariatric surgery is a gateway to a new life, and with it, come renovated eating habits. Most of the patients who chose bariatric surgery have a long history of struggle with weight management, so dietary behavior changes have to be made in order to achieve the expected outcome. Fortunately for Mexicali Bariatric Center patients, these changes will be done with proper coaching from Dr. Edgar Campos during the recovery stages.